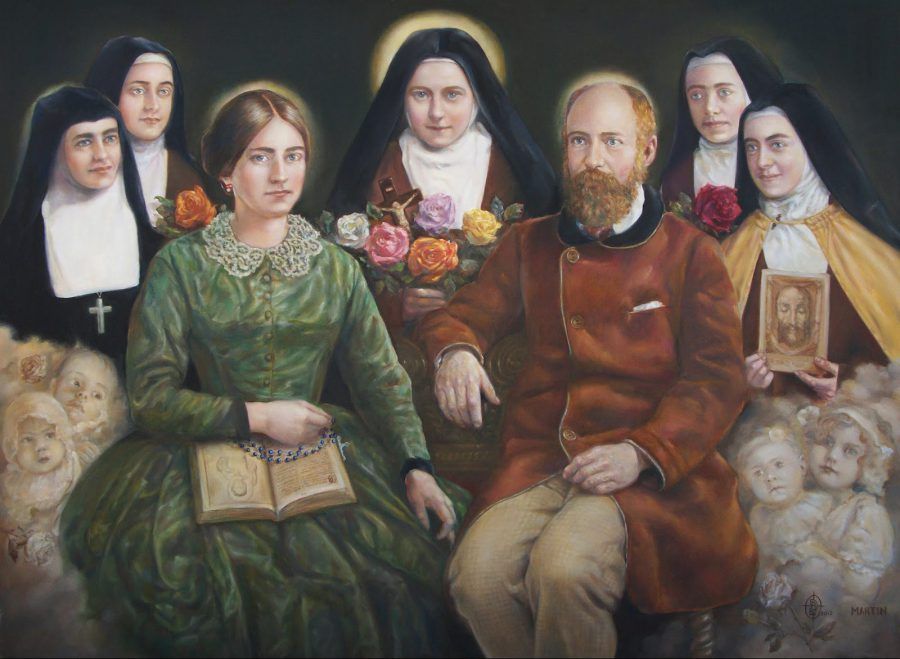 Last week I wrote about St. Therese of Lisieux, the ordinary-looking girl who became a nun and a Saint. It was a challenge to pack her life into a thousand-word blog post; there are so many stories about her and reasons why she’s loved. I plan to write follow-up posts about her in the future.

I mentioned that Therese’s family was close to God from the moment of her parents’ marriage. Her mother, Zelie, prayed that she would have many holy children–and all of her daughters became nuns!

In this story, the graces did not begin when the Martin daughters chose to become nuns. This story begins with their parents, a tale of love written by the hand of God.

Sts. Louis and Zelie Martin were both devout people from their youth. Their story is an example for those today who want holy marriages, or those who wonder whether it’s possible for a husband and wife to both become Saints.

The Language Of Love

Before they met, neither Louis nor Zelie planned to marry. They both longed for the religious life, but both were turned away. It goes to show that we should not try to plan our own lives; God always has a better idea!

Louis Martin was the son of an army officer, but he had different hopes for his own life. As a young man, Louis dreamed of becoming a monk. His wish was to enter the Augustinian Great St. Bernard Monastery and live a life of prayer.

He was sent away from the monastery because of an inability to grasp the ancient language of Latin. Louis was disappointed, but had to start his life somewhere. He went on became a watchmaker for a notable store, earning enough to live comfortably.

Though he had been sent away from the monastery, his love for God and the Church remained intact. Being a devout man, he must have known that better things were coming.

St. Therese’s mother was born Azelie-Marie Guerin, but her family called her Zelie. She was the second of three siblings in a household devoted to prayer. Her life as a young girl in a holy family must have prepared her for the time when she was to raise her own children.

When her older sister Marie-Louise became a Visitandine nun, Zelie longed to follow the same path. She decided that her vocation was the consecrated religious life, but God disagreed.

Zelie was sent away from the convent because of respiratory problems. Her frail health prevented her from becoming a nun like Marie-Louise, and her plans were changed.

Shee found herself praying once more for God to reveal what He intended for her.

A Match Made In Heaven

God sometimes says no to our petitions, but we can trust that He always has a better idea. He does not leave us without a purpose; we all have a mission to complete in this world, and if we learn to hear His voice, we will learn what He has prepared for us.

Neither Louis nor Zelie were able to enter the consecrated religious life. They thought that they’d discerned their vocations, but it is common to be mistaken when you are young. Some people do not finish the discernment process for many years.

Louis and Zelie discovered their true vocations when they met. He was still a watchmaker; God had blessed him with a well-paying trade, and he earned enough to support a family–which would soon come in handy.

They met in 1858 and fell for one another. Can you imagine such a love? Both knew that God is Love, and He was their first love. Love had brought them together to create a little heaven on earth.

Louis and Zelie Martin married three months after they met. They had discovered the path that God had prepared for them, and following it brought them great joy.

Zelie Martin prayed that she would have many children consecrated to God. Her prayer was to be answered in abundance.

The Martins had five children, daughters whom they raised to be servants of God. The youngest of the five, Therese, would become one of the most beloved Saints of our time–but they didn’t know it yet.

In their world, they were a happy family blessed by the Lord.

Their daughters were named Pauline, Marie, Leonie, Celine, and Therese. I wish I could have but a glimpse of life in the Martin house. Letters from Zelie describe what it was like to raise five daughters.

Louis and Zelie understood the importance of keeping God in their family; indeed, He should always be first in our lives.

We should not rely on our own plans. If we trust in Him, our generous Father gives great gifts.

Louis and Zelie remained in love for the duration of their marriage. They served the Lord together, providing an example for us in a time when marriage is chosen for the wrong reasons. They teach us that vocations should be discerned carefully–and that we can often be wrong.

The Lord took Zelie to Heaven first. In 1877 she developed a breast tumor. Knowing that she would not survive, she told her eldest daughters to raise four-year-old Therese in the ways of the Lord.

Zelie did not live to see her daughters enter the religious life. The prayer that she made when she married asking God for many holy children was answered after her death.

Pauline entered the Carmelite convent five years after her mother’s death, the first to become a Bride of Christ.

Louis lived for seventeen years after his wife’s death. He had the delight of seeing three of his daughters take their religious habits. His health began to decline following a stroke in 1889. Not long after having the stroke, he joined his wife in Heaven.

What Is True Love?

It is hard to recognize true love these days. People are afraid to love, or they love for the wrong reasons. They rush into relationships without praying about the consequences. They marry and forget to keep God involved in their lives.

Sts. Louis and Zelie Martin show us the beauty of a marriage devoted to God. When He is involved in decision-making, when He is allowed to comfort us, and when He is the first person to whom we introduce our children–how can such a marriage not be joyful?

Their love was so pure that their youngest daughter became a Saint along with them. They all intercede for us from Heaven.

If you think your vocation might be marriage, don’t be afraid to pray about it. Ask Sts. Louis and Zelie to pray you make the right decision. They know what it’s like to think you have your life set–until God does something better.

View all posts by Mariella Hunt

1 thought on “Sts. Louis and Zelie Martin: A Love Story” 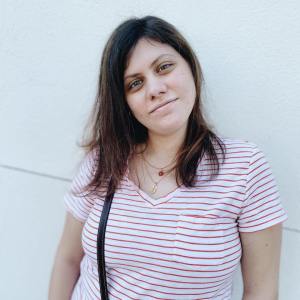 Mariella Hunt is a writer of historical fiction and a blogger. She has a profound love for the Roman Catholic Church and prays that God will use her writing to bring His children home.

She is an avid reader and publishes thoughts about novels weekly at her official website.

The most popular posts published each month will be summarized in a special digest on my author blog.